America has never treated Black women equally in all its history. Which brings me to my point of hypersexualizing. Black women constantly must be aware of the clothes chosen to wear, the amount of skin showing and actions.

This is the effect of being hypersexualized. Black women being hypersexualized isn’t something new or uncommon. It is something that occurred numerous times throughout history. Slave owners raping black women was a common thing during slavery. They chose their women based on their looks and how many slaves they could birth for them. This is a growing problem in our society because it is the cause of black women being raped, bullied, and pressured into sex work. Black women in professional settings are being fired due to the way their bodies look in clothing and causing too much attention. Young black girls are sent home from school because of the school deciding their clothes are too much of a distraction. 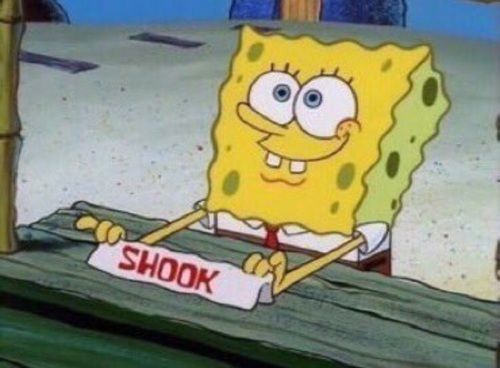 Do you have to think about what people are going to say or do to you if you buy certain clothes every time you go shopping? This is a real thing for black women. It is something that must be thought about every day and they can’t run from it. Black women are faced with this issue every day of their life. Over-sexualization is in the media, schools, homes, jobs, church, etc. The clothes aren’t the problem with society, it is the body type that is perceived to be unprofessional or inappropriate.

Why can’t Black women live comfortably in their bodies?

“From the centuries of black women being oversexualized for their natural body parts, we have not come too far.  “Her dress is too short,” but it came to her knees, “She’s trying to be sexy,” for whom exactly? Patrice Brown is a naturally curvy woman and anything she wears her curves would show. This topic wouldn’t have even been up for discussion if a petite white woman were the one wearing it. The most disturbing part is the misogyny surrounding the controversial pictures. A few months ago, a picture of a buff, male teacher from D.C. surfaced twitter and no one batted an eye. In fact, he was praised for this. What’s the difference between a male wearing a tight button up to show his natural muscles, and a woman wearing a below to knee dress when she has natural curves?” (Camper). Camper made a comparison using an internet controversy between a male and female teacher. The male was praised for his good looks in his professional clothing, meanwhile, the Black woman was shamed because of the way the dress showed her body. These were both people in the same situation, but of the opposite genders and treated completely different. This is a conversation that needs to be had as a society. It shouldn’t matter what any woman puts onto her body, she should be safe from physical and verbal harm. I think when society starts to realize that oversexualizing women for any given thing they do, then that is the moment this conversation can be had and action can be taken. Women are literally shamed for the way they eat a food, the things they wear, the way they dance, or how many people they’ve had sex with. This is a real problem when its keeping women and young girls from attending school, getting jobs, and feeling secure.

Hi, my name is Khalila Howze. I am a Public Health major at UNCG. I am also a CNA and I love working with people. I absolutely love all forms of art and traveling.

2 thoughts on “The Hypersexualization of Black Women”

What does healthy sexuality mean to you? How are you working towards healthy sexuality?
True or False: If you you pee after sex, you won’t get pregnant.
Happy #IndigenousPeoplesDay! Indigenous Peoples’ Day pushes back on invisibility and allows Indigenous peoples and our voices to be heard, centered, and celebrated. This also holds true for sexual health and sexuality education.
October is our busy month! With that being said we know that we must be more aware of our body’s needs.
We want to know…what’s in your pleasure toolkit? Tell us below!
Today is #WorldContraceptionDay! We always encourage people to visit @bedsider to learn about the various contraceptive methods, so that you can make informed decisions when it comes to finding a method that works best for you.
%d bloggers like this: